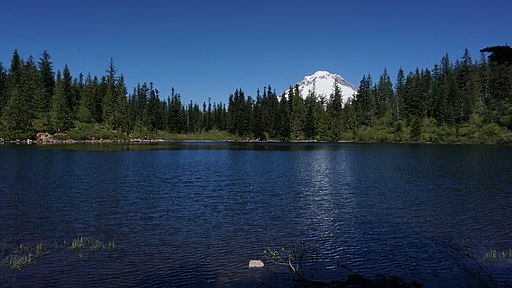 How many natural lakes are in each state?

How many natural lakes are in each state? What states count both man-made and natural lakes together? And what state doesn’t have any natural lakes? These are questions that are actually not easily answered. There isn’t a single souce national database that counts all of the lakes per state in the United States. Additionally, there is a lot of differences across each state in terms of how lakes are counted. There is a wide range of lakes across each state. Several states only have one known natural lake. Now, for the purposes of what we are covering here, we are classifying any lake that is over 20 acres. Anything else could be a natural lake but that doesn’t go into what we would call a substantial lake over 20 acres. For example, Alaska has over 3 million small natural lakes. How lakes are accounted for across the internet depends on a variety of sources, such as Department of Natural Resources sites, Department of Environmental Quality sites, tourist sites and other reputable blogs about state lakes. Some states have very clear distinctions in terms of having a record of the number of natural lakes and man-made lakes. Other states, such as Florida, seem to have their lake data blended. Additionally, there is a third category of lakes that can be counted, and these are known as oxbow lakes. Oxbow lakes are basically rivers that have gradually cut themselves into a lake at different areas in their path.

What is the difference between a natural lake and a man-made lake.

Natural lakes can be defined as lakes that formed on their own, either from glacial cuts, natural flooding or contours in the land. Natural lakes formed without the creation of a dam or some man-made obstruction which was constructed to contain the water. Nearly all lakes in the United States are freshwater lakes, with the exception of a few lakes in the West region, such as Great Salt Lake in Utah.

What state doesn’t have any natural lakes?

Maryland. Maryland is the only state in the U.S. that does not have a natural lake. It does have just over 100 man-made reservoirs, which are a damned up river or creek. However, there isn’t one natural lake in all of Maryland.

What states only have 2 natural lakes?

Only 2 states have 2 major natural lakes, Arizona, and Virginia only have 2 natural lakes. Arizona has Mormon Lake and Stoneman Lake. Virginia’s two natural lakes are Lake Drummond and Mountain Lake.

How many major natural lakes are in each state?

Does Minnesota have the most natural lakes in the United States?

No. Even if you account for many states that claim to have more lakes that are man-made, Minnesota has the 5th amount of lakes behind Alaska, Michigan, Minnesota and Florida.

What are oxbow lakes?

Many states count their lakes as oxbow lakes, which are in fact rivers. Oxbow lakes are areas of rivers where the water path curves around in a U-shaped fashion and the river has flowed over the cut-off. States that count oxbow lakes as their most common lakes include Mississippi, Oklahoma, and Missouri.

What state only has oxbow lakes?

Please confirm deletion. There is no undo!